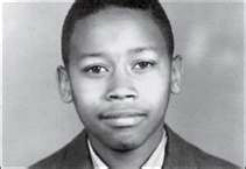 Virgil Lamar Ware was born in December 6 ,1949. He died during the church bombing in Birmingham that killed four little girls.. When he was young, he grew up in Pratt City Alabama. He wanted to grow up and be a professional football player.


When Virgil Ware died they found out who the murderers were. The two people who killed him were Michael Lee Farley and Larry Joe Sims they got sent to court and they  got sent to jail for 7 months for first degree murder.Him and his brother were riding their bikes two teenagers came and shot him. The two people that killed him had also killed someone else earlier in the day. His story wasn't talked by that much because of the bombing that happened in the church.


Virgil Ware was famous because he was fighting for his rights. He Had a long career in his life he wanted to be a football player and graduate from school. Him and his family were all in a bad situation at that time. When he died he didn't even have a grave. When he died no one cared but now 50 years later a lot of people are talking about him. His death got people to wonder why Michael Lee Farley and Larry Joe Sims would kill him.


Now that more and more people are starting to notice. They put a headstone in his grave. Over the years after the people killed Virgil Ware they apologized to Virgil's' family. The only reason people didn't know about Virgil Ware was because of the four girls dieing of the church bombing that killed the four little girls.

Create your own unique website with customizable templates.
Photo used under Creative Commons from U.S. Embassy The Hague